Should I Stay or Should I Go?

Should I Stay or Should I Go? details

Should I Stay or Should I Go? pictures 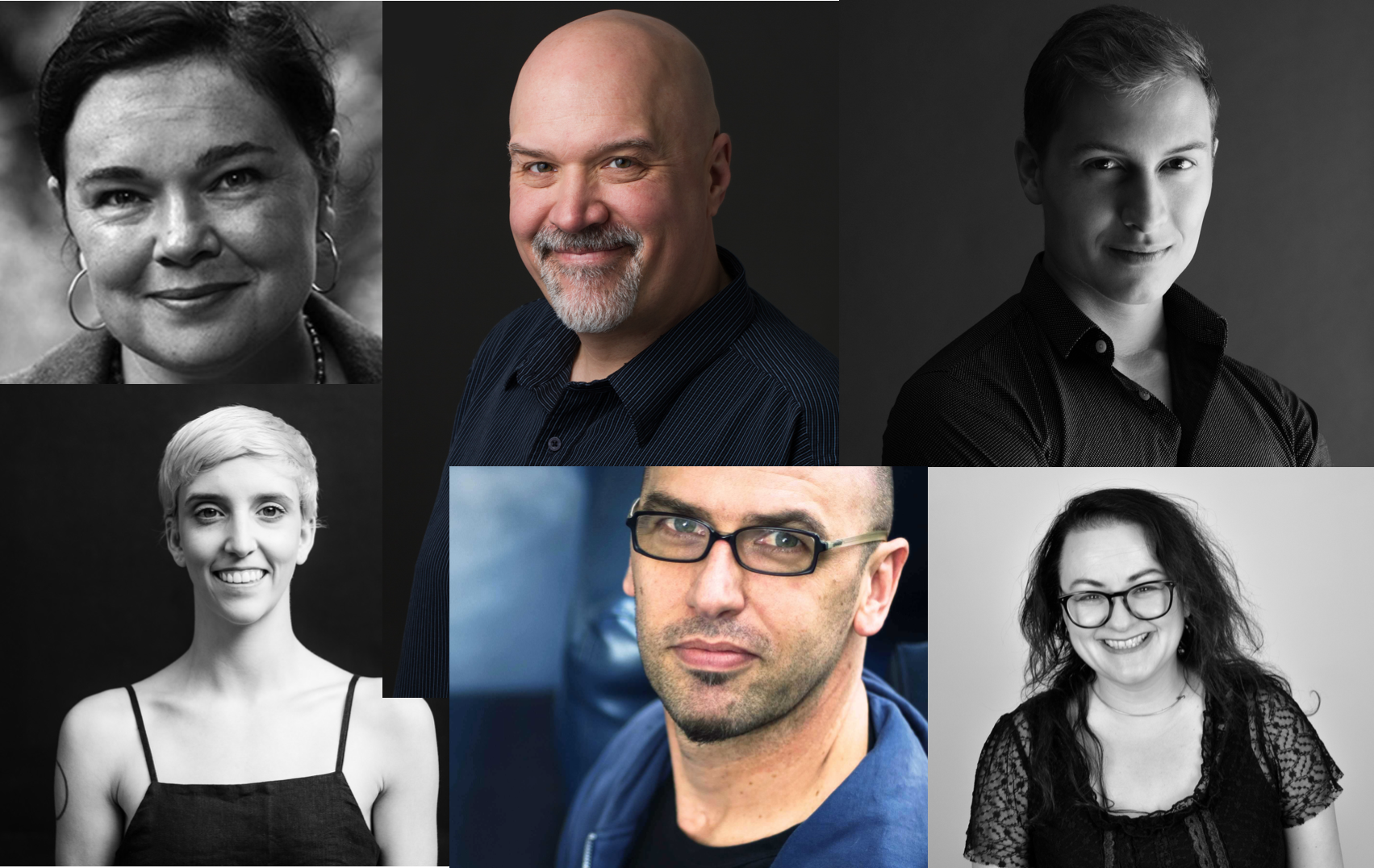 Should I Stay or Should I Go? description

Hear from leading artists and creatives who have made South Australia their base for work and life. What are the benefits of living and working in South Australia and what are the downsides? Is it possible to have a sustainable creative career and what are the opportunities for South Australians at home, across Australia and overseas? Do you have to leave Adelaide and return to be recognised in your home town, or for some is it a case of leave and never return? What are the incentives that can attract creatives from other states and overseas to make a work/life career move to South Australia?
Speakers:
Jascha Boyce, founder and performer Gravity & Other Myths
Jennifer Greer, Holmes, creative producer
Ali Gumilya Baker, visual artist
Dan Thorsland, games developer Mighty Kingdom
Paul Vasileff, fashion designer Paolo Sebastian

Ali Gumillya Baker is a Mirning woman from the Nullarbor on the West Coast of South Australia. She is a multi-disciplinary artist, performer, filmmaker and member of the performance group The Unbound Collective. Baker is a Senior Lecturer in the College of Humanities, Arts and Social Sciences at Flinders University and was recently appointed to the Artlink Board of Directors. She holds a Bachelor of Visual Arts (Hons) from the University of South Australia, Master of Arts (Screen Studies) and PhD in Australian Studies from Flinders University. Her research and teaching interests engage with colonial archives, cultural studies, memory and the intergenerational transmission of knowledge.

As one of the founding members of Gravity & Other Myths, the world-renowned acrobatics and physical theatre company, Jascha Boyce has not only spent most of her life creating, performing and teaching new circus but has also developed the skills to run a successful business and after over twenty-four years of training, teaching and performing, she now focuses her creative passion and drive as a core member of GOM, pushing the boundaries of new circus through simplicity, honesty and innovation.

Jennifer Greer Holmes is a creative producer who collaborates with artists who work across music, live art, theatre, dance, video and urban renewal projects. She has been involved in the making of dozens of new works, many of which sit at the nexus of performance and installation. Her work is dark, irreverent and feminist. Jennifer is the manager and creative producer of two music-focused ensembles, Zephyr Quartet and Winter Witches, who each make stunning and acclaimed stage shows for intimate audiences featuring mesmerising lighting and design. She collaborates as a co-writer and director with the Berlin-based live installation artist Chris Scherer and has worked in partnership with LED and video artist Heath Britton for two decades. She is one half of the post-modern feminist duo Bad Jelly DJs. Jennifer curated the live-art installations ‘House and Garden’ (2016) and ‘Temple of Love’ (2017) at Port Adelaide’s St Jerome’s Laneway Festival.  Jennifer has recently started working in a communication and development role with Sydney’s Branch Nebula. She is currently developing ‘Move Along’, an audio walk with performance interventions commissioned for the 2019 Singapore Design Week, as part of a UNESCO Creative Cities project.

Creative practitioner with 32 years in industry, across film, print and digital. Dan Thorsland joined Mighty Kingdom in 2013, focusing on creating business partnerships with major global brands like Disney, Moose Toys and LEGO to bring global opportunities into the vibrant creative community in Adelaide.

A native of New York, Dan relocated to Adelaide in 2001 and joined Ratbag Games to produce computer games. He produced Saturday Night Speedway in 2004, and Star Wars: The Clone Wars: Republic Heroes in 2009. He also produced VFX sequences at Rising Sun Pictures, for the Australian feature film The Dragon Pearl.

For a decade he edited comic book series featuring major characters such as Superman, Wonder Woman and Batman, and developed a line of comics based in the Star Wars universe, working directly with Lucasfilm.

Dan graduated with a Bachelor of Fine Arts from The School of Visual Arts in New York City.

At just twenty-eight, Paul Vasileff’s personal achievements include being named the 2017 Young Australian of the Year, showing at London Fashion Week 2010, and graduating from Milan’s Europeo Istituto di Design.

The young boy who learned to sew with his grandmother now heads a label that has become a national icon, captivating clientele and media alike with his whimsical designs and expert tailoring. Vasileff is a welcomed member of both the Australian Fashion Chamber and the Asian Couture Federation.

A perfectionist with a penchant for classic beauty, the Adelaide designer has impressed the industry with his skill and the scope of his creative vision. Vasileff has a hand in every facet of the business and designs every couture gown that the label manufactures in the South Australian atelier.

Chris Drummond is Artistic Director of Brink Productions.  His productions have been presented by most major theatre companies in Australia. Credits include Memorial, The Aspirations of Daise Morrow, When the Rain Stops Falling and Night Letters (STCSA). He was nominated for a 2009 Helpmann Best Director Award for The Flying Dutchman (SOSA) and other productions have won Ruby, Adelaide Critics Circle, Green Room (Vic) and Sydney Theatre awards. In 2010 Limelight magazine nominated Chris one of the top 50 players in the arts in Australia.