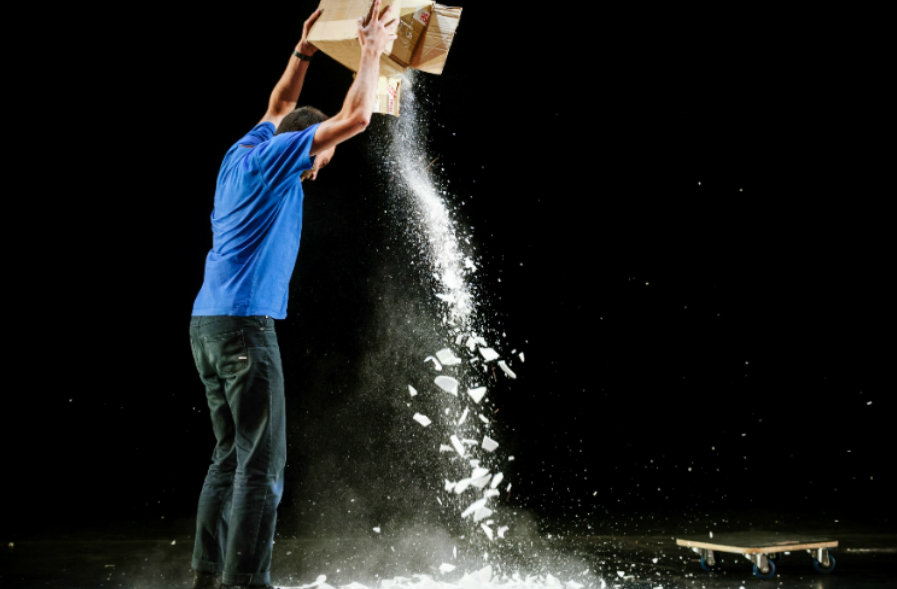 Palmyra is the ancient city in Syria: it was destroyed by ISIS soldiers in 2015 and has changed hands regularly during the war.

Palmyra is also the name of a brilliantly conceived and ink-black two-hander by Bertrand Lesca and Nasi Voutsas. What are they? A classic straightman/fallguy comedy duo? Absurdist everymen? Astute psycho-political analysts?

Labels fail to stick to this riotous show but what it has in abundance is the ability to cut to what’s really going on beneath the complex mire of world events. In Palmyra, a playful dispute involving a couple of china plates slides inexorably toward a shattering climax as the audience finds itself forced to pick sides between Voutsas and Lesca.

A smash hit (literally) at the 2017 Edinburgh Fringe, it has been touring the world ever since, provoking audience belly laughs one minute and discomfited witnesses to a fable on power, civilisation and spectatorship the next.

They are superb clowns, but out of the clowning wells something much darker about power, ego and conflict…by the end you watch appalled and fascinated by our capacity to inflict cruelty and violence on each other...Viciously funny

The couple have a terrific knack for allowing experimental wackiness to descend into the deeply sinister.

Teachers resources for the show can be found here (PDF 3.2MB)