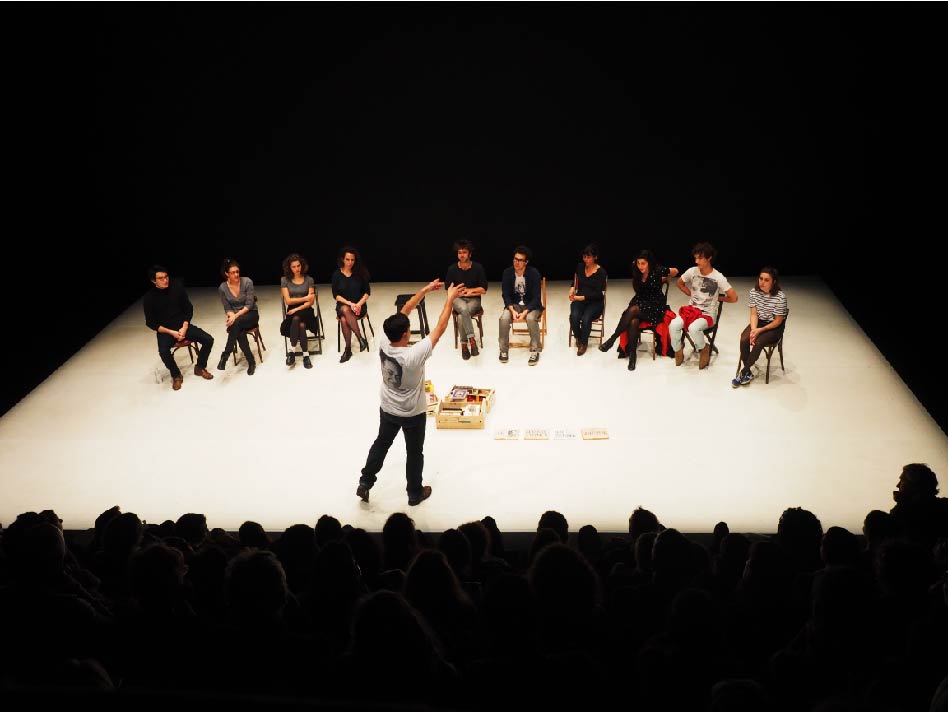 IF YOU COULD MEMORISE JUST ONE POEM, WHAT WOULD IT BE?

Every night, Tiago Rodrigues asks for 10 volunteers from the audience to learn a poem ‘by heart’. They have not seen the performance before and have no idea which piece they will be taught. While teaching the poem, Rodrigues tells the story of his nearly-blind grandmother, who decided to dedicate her remaining eyesight to learning a book by heart. She asked Rodrigues to choose the book.

Intertwined with his grandmother’s story, Rodrigues uses fragments from writers including William Shakespeare, Ray Bradbury, George Steiner and characters from books connected to them both. Unlikely associations emerge – between Nobel laureate Boris Pasternak, a cook from north Portugal and a Dutch television show – and the secret behind Rodrigues’ choice of book is gradually revealed. By Heart is a modest but profound work about the importance of handing things down, of that invisible inheritance of words and ideas only possible by memorising a text. About forbidden writings that find asylum in our heads and hearts, even in the most barbarous times.

It begins as a game but as we will them to succeed, it becomes an extraordinary collective experience that ends when the ten can recite the poem, not just from memory, but truly by heart.

The show is a love story to memory, to family and to the bonds of learning together…it restored my faith in theatre

A performance… so deep, so intelligent and so magnificent that we come out of it profoundly moved.

Written and performed by Tiago Rodrigues
Text with fragments and quotes by William Shakespeare, Ray Bradbury, George Steiner, Joseph Brodsky, among others

Teachers resources for the show can be found here (PDF 1.5MB)